CHINA. Beijing. A man climbs over a fence, trying to catch a glimpse of the new Qianmen shopping district. In recent years construction has boomed in Beijing as a result of the country's widespread economic growth and the awarding of the 2008 Summer Olympics to the city. For Beijing's residents however, it seems as their city is continually under construction with old neighborhoods regularly being razed and new apartments, office blocks and sports venues appearing in their place. A new Beijing has been promised to the people to act as a showcase to the world for the 'new' China. Beijing's residents have been waiting for this promised change for years and are still waiting, asking the question "Where's the new Beijing?!". 2008. 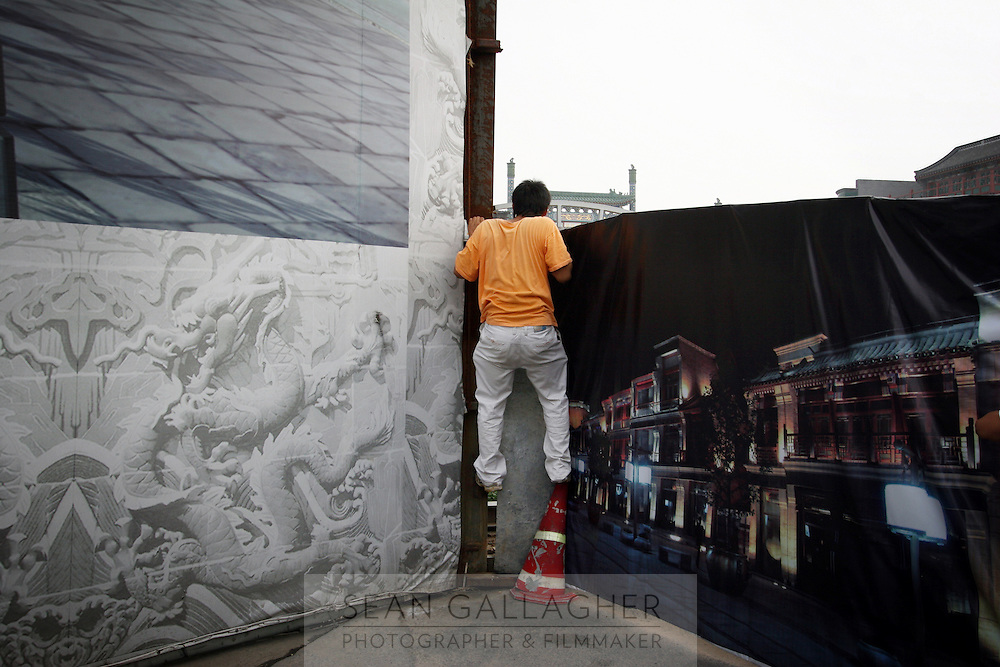